Errata Update For The Thief 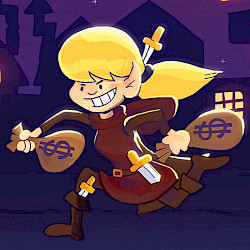 We are thrilled that the Munchkin Collectible Card Game community is thriving! It has been a pleasure to see our players excited about participating at the Regional Tournament Championships while getting the chance to score some sweet loot.

However, we were somewhat surprised that almost all of the regional tournaments have been won by Thief decks, and that the way the game is currently being played is dominated by Thief decks as well. In addition, we've received a lot of feedback from the community suggesting that the power of the Thief should be reduced.

We did a lot of digging to see where the problem lies, and eventually we came to the conclusion that there's no other card that is causing this disruption – it's the Thief itself. Because of this, we will be providing an adjustment to the Elf Thief Hero card. The Elf Thief's ability will change to:

[Zap - Draw 1 card. Then move 1 card from your hand to the bottom of your deck.]

This change will become effective on July 9, 2018. We'll add this change to our Errata section to make sure that all of our players are informed, and we'll be providing new cards featuring this updated ability. In August, players will be able to pick up the new card at our booth #1413 at GenCon. Then in September, we'll make these cards available on Warehouse 23. Game stores that would like to request Thief cards shipped to them free will be able to do so in September as well. Sign up for the Retailer Newsletter or the Steve Jackson Games Spotlight Newsletter to stay in the loop!

Existing Thief cards are currently tournament legal. However, after the change becomes effective on July 9, they will all be considered to have the new ability, regardless of what the text on the card states.

The Munchkin Collectible Card Game is still quite new, and we expect that there will be changes as it grows. We welcome our community's feedback and look forward to seeing how this shift in the Elf Thief's ability allows other decks to flourish and helps establish even more inventive play patterns. 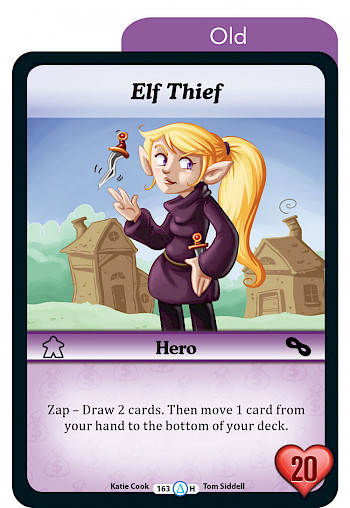